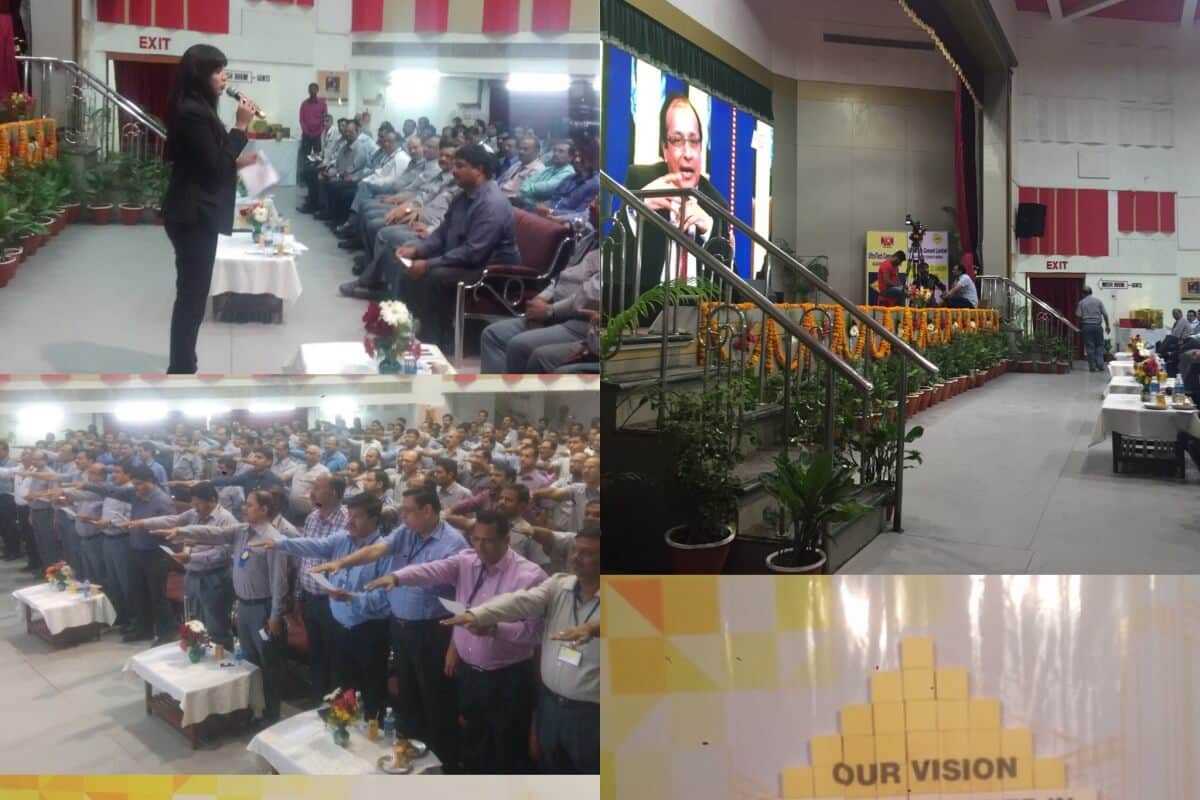 The event for “UltraTech’s vision and mission” began with their employees starting with a block activity in a pre-function area. In the entrance each of them were given a block with a number on it. The block was considered to be an invitation to build UltraTech’s future. UltraTech is the largest grey cement, white cement and concrete company in India; which wants to position itself to shape the construction practices and build a beautiful tomorrow. In the pre-function area, a grid with numbers was marked. Each of them had to place their block in the spot that matches with the block number which was given to them in order to reveal the big picture.

What made the event so special is that it involved each & every UltraTech employee. They could send their questions, thoughts and opinions via SMS and these will be addressed in real time. During the course of the evening, there were several calls to action and the employees were requested to participate by sharing their opinions via SMS & by approaching their local representative.

In the event hall where the main event was taking place, there was another activity that was planned where each of them were given a random alphabet & the task was to find people around them with other alphabets and together they were asked to create the words “I AM ULTRATECH” as a group.

The evening was live in 7 cities and was called as UltraTech Live News. During the Live news the Managing Director of UltraTech Cement LTD, Mr. KK Maheshwari & other CxO’s addressed the employees. Live Panel discussion was organized to address employee’s queries. During the break, quiz was organized which was based on UltraTech cement and exciting prizes were given away to the winners. Pledge was taken by Managing Director, Mr. KK Maheshwari along with the managing committee & all the employees from seven cities. Thus, the event winded up on a positive spirit which empowered every employee to live and bring the UltraTech’s future dreams to reality.

After the live event, the unit head of Rajashree cement works Mr. SK Gupta addressed the gathering. The HR head Mr. Anil spoke a few words. Q&A session was taken up by the senior leaders who also came forward to express their views about the future projects, on the event and their experience.

The event was conceptualized and executed by Fountainhead MKTG. Thank you for believing in my work and helping me create wonderful memories to UltraTech family. My heartfelt wishes to the entire UltraTech family.
Cheers!!